Have you ever heard about Paraffin wax? If you know a lot about candles you may be familiar with the term paraffin wax and also know that it can be toxic. But, seriously, what even is paraffin wax and what about it makes it so toxic? We got you. We’ll explain not only what paraffin wax is and where it comes from but other types of waxes as well, including which are safe to burn in your home. Paraffin wax by definition is a milky, translucent chemical wax substance with a hard texture and consistency. It is a mixture of solid straight-chain hydrocarbons with a melting point varying from 120° to 150° F.[2]

So... that may have made no sense. However, paraffin is so much simpler than it seems. And, you know a lot more about it than you think you do! You have most likely been a user of paraffin for many years. Paraffin is common in so many basic things including vaseline and mineral oil. 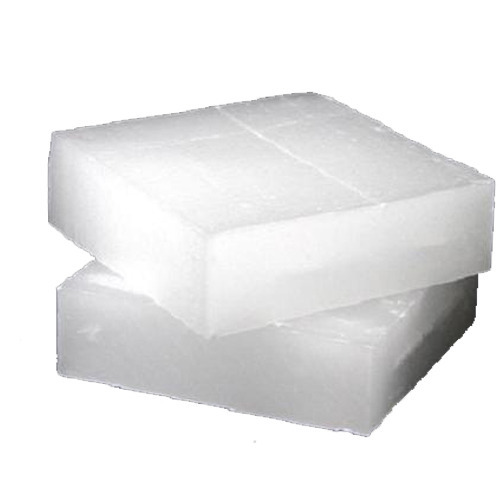 Where does Paraffin Wax come from?

It starts as a petroleum byproduct from the processes used to refine crude oil into various fuels like gasoline.

What is Paraffin Wax used in?

Used commonly in candle making, paraffin wax has a variety of different uses as well including the industrial, beauty, and food industry. According to Britannica, paraffin can be found "in candles, wax paper, polishes, cosmetics, and electrical insulators" as well as its use as "heavy-duty floor wax, as waterproofing for textiles and paper, as tanning agents for leather, as metal-drawing lubricants, as rust preventives, and for masonry and concrete treatment." You can find paraffin in beauty products such as lipstick, or as the waxy texture on foods such as non-organic apples. (Organic fruit producers cannot use petroleum-based wax on their products). Paraffin is even used as an additive to some chocolate and candies to keep them from melting in your hand due to their high melting points. 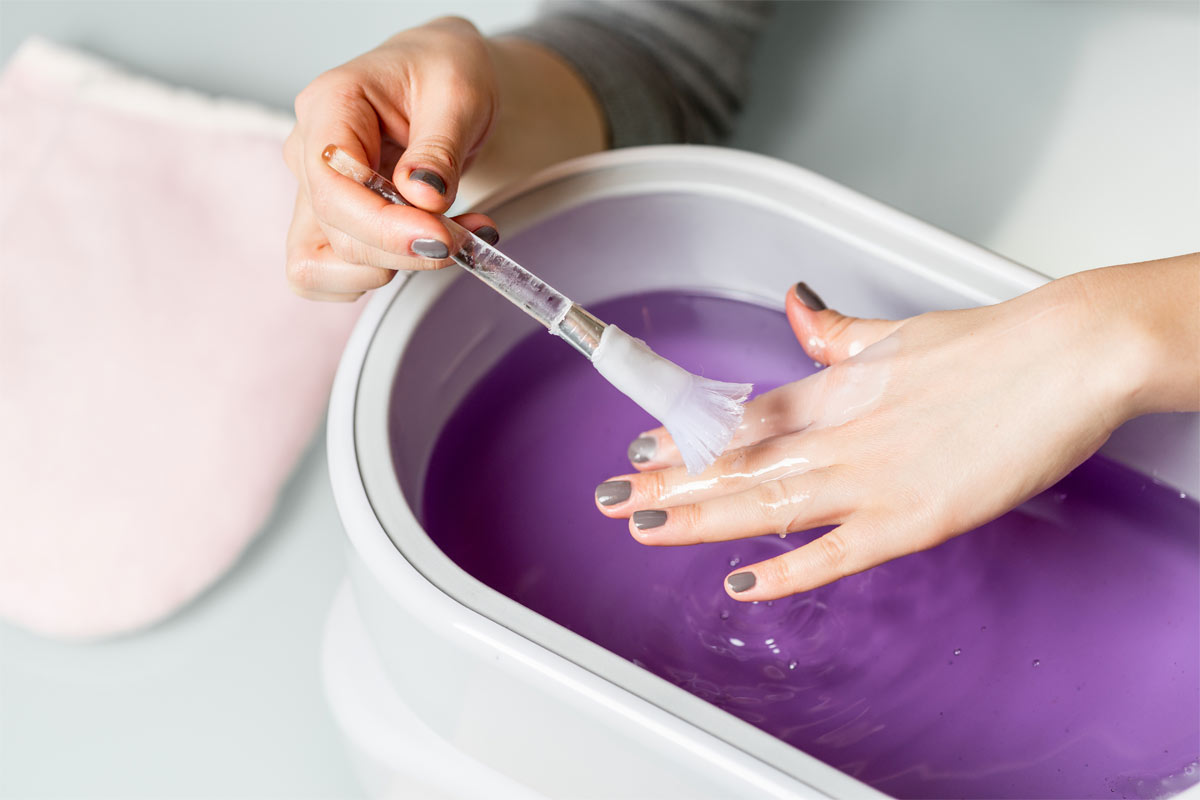 Today, 95% of candles use Paraffin wax, which was introduced in the 1850s. This came after chemists learned how to efficiently and economically refine petroleum byproducts to create candle wax. This key ingredient became so prevalent due to its ability to burn cleanly and consistently. It was also much cheaper than any other candle fuel. Although the advent of the lightbulb created a decrease in demand for candles, they soon enjoyed a renewed popularity when the growth of U.S. oil and meatpacking industries came about in the first half of the 20th century. This increase is due to the excess in the byproducts that had become available to create the basic ingredients of candles – paraffin and stearic acid. Paraffin is known in the candle industry as a go to because it “holds color and scent” strongly[3]. In the 1990s there was an unprecedented global surge in candle popularity and new forms of waxes were being tested and developed from soybean wax to palm wax. 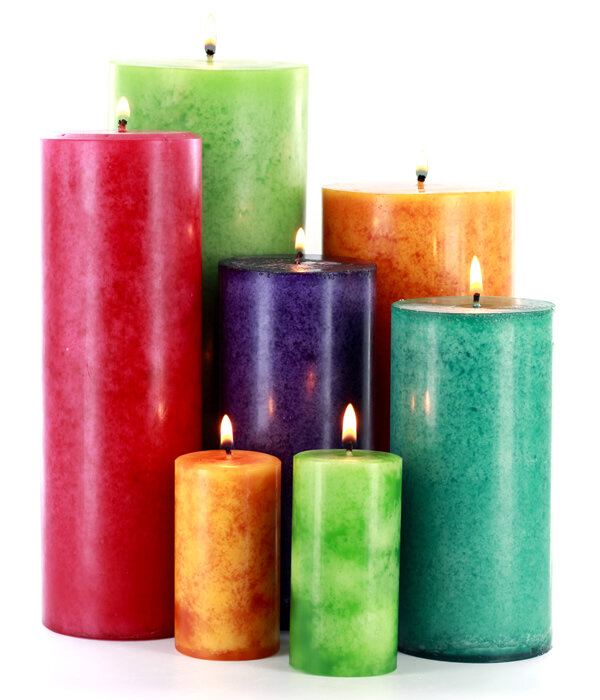 If you read our article on your Burning Candle Questions Answered, you know that paraffin wax candles are a leading cause of indoor air pollution, according to the EPA. Paraffin-based candles are also more likely to produce soot according to a 2009 study done by the Department of Biological and Physical Sciences at South Carolina State University. Burning these candles in an unventilated space can lead to respiratory and skin irritation, with a variety of harmful chemicals being released into the air. [5]

Here are a list of a few common chemicals often present in paraffin wax:

This is not representative of all of the candles on the market. There are a small minority of brands that create cleaner candles, including Malibu Apothecary candles. Our candles are made from all-natural coconut and soy wax which has many benefits beyond health and sustainability including burn performance. While it may be more expensive than competing candle wax options, a clean environment and good health is priceless in our opinion. 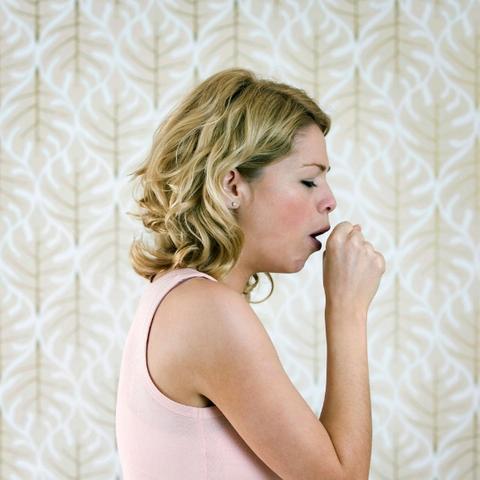 What are the environmental effects of paraffin wax?

As the byproduct of crude oil, a nonrenewable resource, paraffin wax is considered harmful to the environment. Aside from the toxins it emits and air pollution, the mining of crude oil has its own environmental impact. Crude oil production has destroyed the natural habitats of endangered animals and plants and has resulted in oil spills.
Many people think that burning a paraffin wax candle is pretty harmless and won’t impact the environment or their health. However, this is so false! A South Carolina State University study found that “The paraffin candles we tested released unwanted chemicals into the air. For a person who lights a candle every day for years or just uses them frequently, inhalation of these dangerous pollutants drifting in the air could contribute to the development of health risks like cancer, common allergies and even asthma,” attributing to the dangers of even just burning a candle with paraffin[1].

Then why do candles use Paraffin?

Known for its smooth and rigid surfaces, paraffin is an excellent economical wax to use for candles, especially those made from machines due to its reliable pour and hardening properties. It offers a high melting point and will preserve fragrance and dyes better than some natural waxes, offering smooth surfaces that do not need to be reheated. It is even touted for its optimal burn time and profile. However, in addition to its toxic properties to our health, it’s not biodegradable or natural, and it’s made from a non-renewable resource.

Although Paraffin is easier to use and more economical option, it can be toxic to humans and a less sustainable option for our environment. If possible, it is best to switch to a natural wax that produces less soot with a cleaner burn.

[1] Gattuso, Reina. “What Is Paraffin Wax, and Why Is It in Your Beauty Products?” Public Goods Blog, 27 July 2020, blog.publicgoods.com/what-is-paraffin-wax-beauty-products/.

We need to return to Mother Nature…

Much love and respect
Claudio…